The Norwegian cellist Truls Mørk, who created ICMF, raised the festival to international level and was its Artistic Director for 13 years. In 2004, the festival came under the leadership of the Grieg Trio – Sølve Sigerland, violin, Ellen Margrethe Flesjø, cello, and Vebjørn Anvik, piano. And from 2010 the Swedish clarinettist Martin Fröst and Stavanger born pianist Christian Ihle Hadland were appointed Artistic Managers.

Truls Mørk wanted to make his festival an oasis for busy musicians. They live together here a whole week in August and form an extended family where they work, eat – and have fun – together. Their joy over this inspiring fellowship is palpable and reaches out to the concert-goers.

The participants soon declared ICMF to be one of the world’s finest festivals for chamber music. Another kind of recognition came in 1996, when the festival officially joined the ranks of Europe’s foremost festivals through becoming a member of the European Festivals Association.

Every year, at least 20-30 musicians take part. Truls Mørk brought in soloists for the most part and created constantly shifting constellations. The Grieg Trio invites more established ensembles but continues the tradition of putting together new groups. We therefore get the best of both worlds: finely-tuned ensemble interpretations and the spirit of spontaneity, the unique here-and-now.

Many of the world's elite musicians have performed at the festival, quite a few of them more than once, including pianists Martha Argerich, Jean-Jacques Thibaudet, Boris Berezovsky, Lars Vogt, Stephen Kovacevich, Kathryn Stott, Yefim Bronfman; violinists Sergei Stadler, Leila Josefowicz, Leonidas Kavakos, Renaud Capuçon; singers Stephan Genz and Dietrich Henschel; flautist Patrick Gallois and clarinettist Michael Collins. Added to these are the world’s elite viola players, in order of appearance: Yuri Bashmet, Tabea Zimmermann, Nabuko Imai, Kim Kashkashian. Renowned musicians perform together with artists ranging from the young and promising to the truly great, of the calibre of violinist Priya Mitchell and pianists Alexander Melnikov and Mihaela Ursuleasa.

Unique setting
When Truls Mørk chose Stavanger as the venue for the festival, a key factor was the setting. The Romano-Gothic cathedral seats 700 people but still manages to give an impression of intimacy. In particular, the late-evening concerts in the cathedral have come to mean something special to both artists and audiences. The equally venerable Monastery Church at Utstein, with its acoustics designed for the chanting of mediaeval monks, delights modern musicians. The Conservatorium at Bjergsted provides both rehearsal rooms and halls and Stavanger Concert Hall forms a spacious venue for the closing Gala Concert. For that event, the artists themselves decide what works they want to perform, inspired by a week of musical fellowship, and the only problem is usually how to limit the programme to four hours. 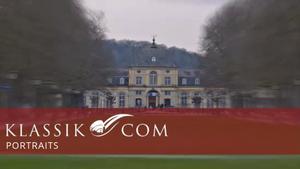